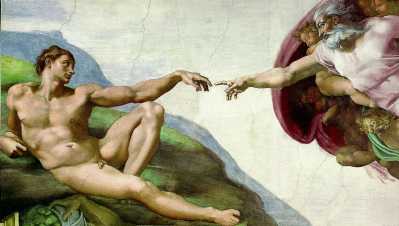 The terms “spiritual experience” and “spiritual awakening” are used many times in this book which, upon careful reading, shows that the personality change sufficient to bring about recovery from alcoholism has manifested itself among us in many different forms.

Yet it is true that our first printing (Alcoholics Anonymous) gave many readers the impression that these personality changes, or religious experiences, must be in the nature of sudden and spectacular upheavals. Happily for everyone, this conclusion is erroneous.

In the first few chapters a number of sudden revolutionary changes are described. Though it was not our intention to create such an impression, many alcoholics have nevertheless concluded that in order to recover they must acquire an immediate and overwhelming “God-consciousness” followed at once by a vast change in feeling and outlook.

Among our rapidly growing membership of thousands of alcoholics such transformations, though frequent, are by no means the rule. Most of our experiences are what the psychologist William James calls the “educational variety” because they develop slowly over a period of time. Quite often friends of the newcomer are aware of the difference long before he is himself. He finally realizes that he has undergone a profound alteration in his reaction to life; that such a change could hardly have been brought about by himself alone. What often takes place in a few months could seldom have been accomplished by years of self-discipline. With few exceptions our members find that they have tapped an unsuspected inner resource which they presently identify with their own conception of a Power greater than themselves.

Most of us think this awareness of a Power greater than ourselves is the essence of spiritual experience. Our more religious members call it “God-consciousness.”

Most emphatically we wish to say that any alcoholic capable of honestly facing his problems in the light of our experience can recover, provided he does not close his mind to all spiritual concepts. He can only be defeated by an attitude of intolerance or belligerent denial.

We find that no one need have difficulty with the spirituality of the program. Willingness, honesty and open mindedness are the essentials of recovery. But these are indispensable.

“There is a principle which is a bar against all information, which is proof against all arguments and which cannot fail to keep a man in everlasting ignorance–that principle is contempt prior to investigation.”