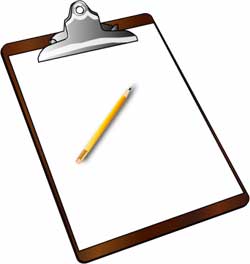 Editor’s Note: Our format quotes extensively from the Big Book of Alcoholics Anonymous (4th Edition), our basic text for recovery. Our notes, commentary, and gender-neutral changes are formatted in italics.

How to take a 5 column Inventory

Next we launched out on a course of vigorous action, the first step of which is a personal housecleaning, which many of us had never attempted. Though our decision was vital and crucial step, it could have little permanent effect unless at once (fast) followed by a strenuous effort to face, and to be rid of, the things in ourselves which had been blocking us. Our liquor (drugs, obsessive-compulsive behaviour) was but a symptom. So we had to get down to causes and conditions. Therefore, we started upon a personal inventory. This was Step Four…We took stock honestly. First, we searched out the flaws in our make-up which caused our failure. Being convinced that self, manifested in various ways, was what had defeated us, we considered its common manifestations. (p. 63-64, A.A. 4th Edition)

Resentment is the “number one” offender. It destroys more alcoholics (addicts) than anything else. From it stem all forms of spiritual disease, (pride, jealousy, envy, selfishness, dishonesty, greed, sloth, lust, hate, etc.) for we have been not only mentally and physically ill, we have been spiritually sick. When the spiritual malady is overcome, we straighten out mentally and physically. In dealing with resentments, we set them on paper. We listed people, institutions or principles with who we were angry (Column 1). We asked ourselves why we were angry (Column 2). In most cases it was found that our self-esteem, our pocketbooks, our ambitions, our personal relationships, (including sex) were hurt or threatened. So we were sore. We were “burned up.” On our grudge list we set opposite each name our injuries. Was it our self-esteem, our security, our ambitions, our personal, or sex relations, which had been interfered with? (Column 3) (p. 64-65, A.A. 4th Edition)

We went back through our lives. Nothing counted but thoroughness and honesty. When we were finished we considered it carefully. The first thing apparent was that this world and its people were often quite wrong. To conclude that others were wrong was as far as most of us ever got. (p. 65-66 A.A. 4th Edition)

Referring to our list again. Putting out of our minds the wrongs others had done, we resolutely looked for our own mistakes (Column 4). Where had we been selfish, dishonest, self-seeking and frightened? Though a situation had not been entirely our fault, we tried to disregard the other person involved entirely. Where were we to blame? (Column 4) The inventory was ours, not the other man’s. When we saw our faults we listed them (Column 4). We placed them before us in black and white. We admitted our wrongs honestly and were willing to set these matters straight. (p. 67 A.A. 4th Edition)

We reviewed our fears thoroughly (Column 1). We put them on paper, even though we had no resentment in connection with them. We asked ourselves why we had them (Column 2). (p. 67-68 A.A. 4th Edition)

Now about sex. Many of needed an overhauling there. But above all, we tried to be sensible on this question…What can we do about them?…We reviewed our own conduct over the years past. Where had we been selfish, dishonest, or inconsiderate? Whom had we hurt? (Column 1) Did we unjustifiably arouse jealousy, suspicion or bitterness? (Column 2) Where were we at fault (Column 4), what should we have done instead? (Column 5) We got this all down on paper and looked at it. (p. 68-69 A.A. 4th Edition)

If we have been thorough about our personal inventory, we have written down a lot. We have listed and analyzed our resentments (all 5 Columns). We have begun to comprehend their futility and their fatality. We have commenced to see their terrible destructiveness….We have listed the people (Column 1) we have hurt by our conduct (Column 4), and are willing to straighten out the past if we can… If you have already made a decision, and an inventory of your grosser handicaps, you have made a good beginning. That being so you have swallowed and digested some big chunks of truth about yourself. (p. 70-71 A.A. 4th Edition)

Keep in mind that it is not necessary, for newcomers to talk about every resentment or selfish act, or each person he or she has ever lied to or harmed for the inventory to be thorough. The objective is to get to “causes and conditions”. Sometimes it takes only a few incidents to make clear which short-comings have kept the newcomer blocked from an intimate, two-way relationship with the “One who has all power.”

There are many different approaches to taking a Step Four inventory. What approaches have you experienced?

1 thought on “Step Four: Made a searching and fearless moral inventory of ourselves.”