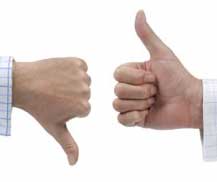 45 thoughts on “Is it OK to use non-conference approved literature in meetings?”