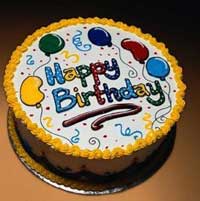 “Rarely have we seen a person fail who has thoroughly followed our path.”
(pg. 64, A.A. 4th Ed.) The 12 Step program is a recipe for recovery. If we follow the directions thoroughly, as outlined in the Big Book of Alcoholics Anonymous, our Basic recovery text, we can recover like the hundreds of thousands alcoholics/addicts before us.

Dr. Bob was once asked, “what is the most important step?” He replied, “think of the 12 steps as the 12 spokes of a wheel. Take one spoke out and the wheel will continue to turn, but it has been weakened. Removal of another spoke and you further weaken the wheel. Remove enough spokes and the wheel will eventually collapse. So it is with our 12 Step program. Removal of any of the steps will eventually result in a collapse.”

Of alcoholics who came to A.A. and really tried, 50% got sober at once and remained that way; 25% sobered up after some relapses, and among the remainder, those who stayed on with A.A. showed improvement. Other thousands came to a few A.A. meetings and at first decided they didn’t want the program. But great numbers of these–about two out of three–began to return as time passed. (pg. xx, A.A. 4th Ed.)

If we thoroughly follow the 12 Step recipe, we can recover. We don’t even have to believe, just be willing to believe and we can recover from a seemingly hopeless state of mind and body.

4 thoughts on “The Cake Recipe”