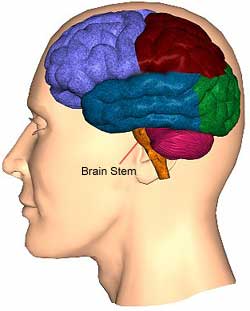 Allergy of the Body

Medical Science has found that there is sound reasoning in the “Doctor’s Opinion” (Alcoholics Anonymous pg xxv-xxxvii). They have been able to determine that the “physical powerlessness or allergy” is the result of a dysfunctional liver and pancreas. These vital organs do not produce the enzymes, in sufficient quantity or quality, that are necessary to complete the chemical decomposition of ethanol (ETOH) through the body of an alcoholic.1

ETHANOL: enzymes convert the ethanol into

AN ACETATE: more enzymes convert the acetate into

WATER & CARBON DIOXIDE & SUGAR: The water is expelled from the body through the urinary tract, the carbon dioxide through the respiratory system and the sugar is “burned up” through physical exercise.

We believe, and so suggested a few years ago, that the action of alcohol on these chronic alcoholics is a manifestation of an allergy; that the phenomenon of craving is limited to this class and never occurs in the average temperate drinker. These allergic types can never safely use alcohol in any form at all; and once having formed the habit and found they cannot break it, once having lost their self-confidence, their reliance upon things human, their problems pile up on them and become astonishingly difficult to solve.A.A. pg. xxviii

If a person is not an alcoholic, they can normally successfully drink approximately one ounce of alcohol per hour and maintain the “glow” that they get from drinking. Not so with the alcoholic. The chemical decomposition of the ETOH through the alcoholic’s body follows the same process until it reaches the “acetate” compound and then the liver and pancreas fail to produce sufficient enzymes to complete the decomposition process. The “acetate” produces the “craving” that deprives the alcoholic of the ability to control the amount they drink. The “craving” exceeds the alcoholic’s will power to stop once they have commenced to drink.

Quite by accident, Medical Science has found an explanation for this “alcoholic mind”.

A Ph.D. doing research on brain tumors found expired alcoholics a good source of material for her studies. When one of them was found dead in the skid row areas of Houston, their bodies would be brought into the lab and their brains dissected and studied. After examining the brain of several victims, she came to the conclusion that they were heroin addicts. She came to that conclusion as the result of finding a significant amount of a highly addictive chemical named Tetrahydroisoquinolines (THIQ) deposited in the inner core of the brain of her specimens. Prior to this finding, THIQ had only been produced as the result of a chemical reducing process of heroin. Some Family Physicians informed her that the “addicts” she had been working with were not “addicts’ but were, in fact, alcoholics, “winos”. They didn’t use nor could they afford heroin. A cheap bottle of wine was their daily “bill of fare”. So the question was raised, “How did the THIQ find its way into the brain of the CHRONIC alcoholic?”

Looking back at the process of the chemical decomposition of Ethanol through the body of an alcoholic, we notice that the first product is Acetaldehyde. It has been found that the Acetaldehyde combines with the Neurotransmitters in the brain fluids to produce the THIQ which is then deposited in the primitive part of the brain where the basic instincts of a human exist. 2

When THIQ is infused into animal brains, it produces what seems to be irreversible addictive drinking. Such animals, prior to being infused with THIQ would not drink even a highly diluted solution of alcohol. After being infused, they would drink alcoholic solutions and die just as many alcoholic humans do.

Once the THIQ has been deposited, there seems to be no known way to remove it from the brain of its victims. Every time the alcoholic drinks anything containing alcohol, more molecules of THIQ are produced and deposited to that very critical part of the brain. Therefore, the ALCOHOLIC MIND is a permanent condition.

Obsession of the Mind

We know that while the alcoholic keeps away from drink, as he may do for months or years, he reacts much like other men. We are equally positive that once he takes any alcohol whatever into his system, something happens, both in the bodily and mental sense, which makes it virtually impossible for him to stop. The experience of any alcoholic will abundantly confirm this.These observations would be academic and pointless if our friend never took the first drink, thereby setting the terrible cycle in motion. Therefore, the main problem of the alcoholic centers in his mind, rather than in his body. If you ask him why he started on that last bender, the chances are he will offer you any one of a hundred alibis. Sometimes these excuses have a certain plausibility, but none of them really makes sense in the light of the havoc an alcoholic’s drinking bout creates. They sound like the philosophy of the man who, having a headache, beats himself on the head with a hammer so that he can’t feel the ache. If you draw this fallacious reasoning to the attention of an alcoholic, he will laugh it off, or become irritated and refuse to talk. A.A. pg 23

There is a Solution

The doctor said: “You have the mind of a chronic alcoholic. I have never seen one single case recover, where that state of mind existed to the extent that it does in you.” Our friend felt as though the gates of hell had closed on him with a clang. He said to the doctor, Is there no exception? Yes, replied the doctor, “there is. Exceptions to cases such as yours have been occurring since early times. Here and there, once in a while, alcoholics have had what are called vital spiritual experiences. To me these occurrences are phenomena. They appear to be in the nature of huge emotional displacements and rearrangements. Ideas, emotions, and attitudes which were once the guiding forces of the lives of these men are suddenly cast to one side, and a completely new set of conceptions and motives begin to dominate them.A.A. pg 27