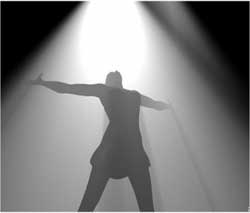 The following article is condensed from a transcript of a March 6, 2008 Training meeting of the Upstate Group. These meetings cover a wide range of topics related to “willingness to grow along spiritual lines” and “maintenance of our spiritual condition” (AA Big Book, pp. 60 and 85).

What I want to talk about today is surrender. Surrender is the go/no-go point at the outset of any addiction recovery. It is the new beginning to which recovering addicts return day by day to pay out the promise of the Program. The bottom line is either you get a surrender or you don’t recover.

From 1942 till 1946, Bill Wilson and everyone else in early Westchester AA thought my dad might be part of the 25% of alcoholics that never recover. In 1942, after his first year of sobriety, he decided to have a slip and see if he could prove that he could be a social drinker. It took just six weeks to prove that he couldn’t. Then he figured he’d just sneak back to AA and get sober again, but spent the next four years slipping and almost didn’t make it. He found out that if you kick this thing called the grace of the Higher Power, you get some very nasty surprises, and absolutely no guarantee that you will ever get back.

The experience and the practice of Dr. Bob Smith and the first Akron AA group, was heavily focused on achieving surrender for the newcomer. Their approach is clearly spelled out in the book Dr. Bob and the Good Oldtimers, which is sort of an oral history of the early groups, and has got certain passages in it about early AA experience that I don’t think you can get as good anywhere else. It mostly covers the first four years, between the founding of the Fellowship and the publishing of the Big Book, Alcoholics Anonymous.

Beginning on page 101 it says:

“We were taking them upstairs and getting them on their knees to surrender, which I felt was a very important part. The surrender was more than important, it was a must. Bob E., who came into AA in February 1937, recalled that after five or six days in the hospital, when you had indicated that you were serious, they told you to get down on your knees by the bed and say a prayer to God, admitting you were powerless over alcohol and your life was unmanageable. Furthermore, you had to state that you believed in a Higher Power who could return you to sanity. We called that the surrender. They demanded it, you couldn’t go to a meeting until you did it. If by accident you didn’t make [the surrender] in the hospital, you had to make it in the upstairs bedroom at the Williams’ house.

“Dorothy S. M. recalled the 1937 meeting when, ‘the men would all disappear upstairs and all of us women would be nervous and worried about what was going on. After about half an hour or so, down would come the new man, shaking, white, serious, and grim, and all the people who were already in AA would come trooping down after him. They were pretty reluctant to talk about what had happened but after a while they would tell us that they had had a real surrender. I often wonder how many people that come in now would survive an experience like that – a regular old-fashioned prayer meeting.’, said Dorothy, who was then married to an AA member Clarence S., and later came into AA herself.

“The newcomers surrendered in the presence of all those other people.” After the surrender, many of the Steps involving inventory, admission of character defects, and making restitution were taken within a matter of days.

That’s the end of the selection. The thing is, how do you get a hold of something that’s this real? This is before there was such a thing as the Twelve Steps, as they were later spelled out. You have to remember that they were working with the Oxford Group, which was a form of Protestant Evangelical Christianity.

Thank God for the AA wisdom that they ended up opening the Fellowship to everyone by saying, “God as you understand him”. It wasn’t just to keep from being exclusive, it was to prevent addicts from getting hopelessly snarled up in the sect of their religion. I remember when I first got into the Program, having been heavily involved with religion during my childhood and teenage years, I assumed I would have no problem with the God part of the Program. I was slightly offended when my sponsor told me, “There are only two kinds of people that arrive at the Program, atheists and pious phonies.”

What Dr. Bob and the early guys found out was that they couldn’t rely too casually on the “individual guidance” in prayer that was emphasized by the Oxford Group, without running the risk of self-deception. That approach was just too easy a formula for drunks to do it their own way.

Today, we can get a result as real as the members of Dr. Bob’s group were getting simply by using the resources available in the 12 Steps – backed up by the 4 Absolutes and the 10 Points. In How to Get Going on the AA Way of Life it is summarized in a set of directions that tell you what to hang on to: “Hang on to God, hang on to the truth, hang on to total abstinence, hang on to your recovering brothers and sisters. Use related help wisely.” Don’t cop out to half measures – weak, watered-down, and copped out AA – or, even worse, secular therapy that tells you that if you get your underlying emotional problems straightened out you can drink again socially, whatever “drinking” is for you.

Many of us don’t achieve total, across-the-boards, “in all our affairs”, surrender when we first arrive in the Program. This is okay, just so long as we don’t play games with surrendering and pretend to be ignorant where we are not. If we are willing to be honest with ourselves, and take our inventory with help from other members of our group, areas where we have not fully surrendered will continue to become clear to us as our new Program lives take hold.

It is said that all addicts at some level are grandiose. But when we get past the grandiosity and are willing to take a real look at the whole personal history, it’s just overwhelming – the temptation to utter discouragement and hopelessness. We’ve got to get past the hopelessness, the discouragement, and the resentment – and there’s one process that does it: Surrender. Surrender in the Program involves ego-deflation at depth, but it is never demeaning to the real person. One of the beautiful things about this Program is it does not pick on you and it doesn’t require you to pick on yourself. Remember, even inventory work is essentially non-critical. You get nowhere with discouragement and self-condemnation.

What is required then to get to this balanced form of surrender? Apparently, it’s not just a lot of suffering, because some very high percentage of all addicts never become candidates for AA at all, no matter how much they suffer. AA isn’t worth anything to anybody who doesn’t have an honest desire to quit drinking, drugging, smoking, or whatever. It’s got to be something you opt for personally. But assuming that one way or another you have opted for it, then what?

Surrender is not just a matter of saying a nice prayer once in our lives, or on Sunday morning, or even in our personal prayer time. Surrender is required in specific matters, large and small, in our daily lives. What we need to surrender can sometimes be disguised as some lofty aspiration or desire, and that is why we need to work with sponsors and friends in the Program. Individual “guidance” needs to be checked out to guard against the danger of “spiritualized” self-lying.

For example, in my early months in AA, I didn’t want to do a Fourth and Fifth Step inventory. My sponsor kept gently nudging me toward the inventory steps, and for quite a while I was unwilling to give in – “to go to any lengths” in this particular area. If I’d been able to, I would never have taken a Fifth Step at all, but I couldn’t stay sober. So finally in desperation, I took the Fourth and Fifth Steps, and I found that the promise of the Program paid out-I was able to get sober and stay sober -and that promise has never failed to pay out-never.