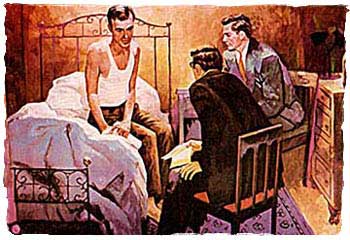 There are many opinions on when an addict or alcoholic should commence work with other addicts. Some say you can give away what you don’t have! Often when sobriety chips are being handed out, you will hear it being suggested that you have nine months to one year before working with others. Some detox or withdrawal management centers require an addict have two years clean time before they can come in and talk to the patients. Some groups will not let you speak until you are year or more sober. We are sure you have heard other opinions and suggested guidelines. But what was the experience of the original founders of the 12 step program?

“Having had a spiritual awakening as the result of these steps, we tried to carry this message to alcoholics (addicts), and to practice these principles in all our affairs.(p. 60, A.A. 4th Edition)

This means that the addict who has taken the Twelve Steps and who has had a spiritual awakening or spiritual experience or an entire psychic change and is recovered from their addiction is qualified to work with others.

How long should this spiritual awakening take?

Ebby Thatcher was 60 days sober when he approached Bill Wilson (sobered December 11, 1934) and took him through the the program. On page 9, Bill’s Story in the Big Book of Alcoholics Anonymous, Bill talks about when Ebby received the program:

“They had told of a simple religious idea and a practical program of action. That was two months ago and the result was self-evident. It worked!”

Dr. Bob (sobered June 10, 1935) was less than a month sober when he and Bill Wilson approached Bill Dotson (June 26, 1935) the third man to recover in the original group of 100 men and women of Alcoholics Anonymous.

Bill Wilson started working almost immediately upon finishing his third and final treatment in December 1934. He had many failures but remained sober himself. He met Dr. Bob, his first success, in June of 1935.

The Beginner’s Meetings of the early 1940s would take a newcomer through all 12 steps in four, one hour sessions over the course of one month. Then newly indoctrinated sober alcoholic would start working with the next group of newcomers in the following month!

2 thoughts on “When should I start working with other addicts or alcoholics?”