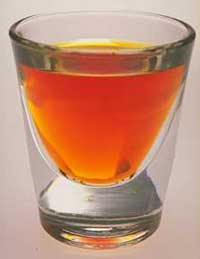 How many times have you heard in the meeting rooms these “suggestions” or slogans:

Given out as strategies to ward off any possibility of a relapse or slip – a mental defense against the first drink, drug, bet, or behavioural act, these so called “mini-steps” lack the necessary power for “real” addicts or alcoholics to stay clean and sober.

Our A.A. Big Book cautions us against such “strategies”…

“Whatever the precise definition of the word may be, we call this plain insanity. How can such a lack of proportion, of the ability to think straight, be called anything else?

You may think this an extreme case. To us it is not far-fetched, for this kind of thinking has been characteristic of every single one of us. We have sometimes reflected more than Jim did upon the consequences. But there was always the curious mental phenomenon that parallel with our sound reasoning there inevitably ran some insanely trivial excuse for taking the first drink. Our sound reasoning failed to hold us in check. The insane idea won out. Next day we would ask ourselves, in all earnestness and sincerity, how it could have happened.”

“As soon as I regained my ability to think, I went carefully over that evening in Washington. Not only had I been off guard, I had made no fight whatever against the first drink. This time I had not thought of the consequences at all. I had commenced to drink as carelessly as thought the cocktails were ginger ale. I now remembered what my alcoholic friends had told me, how they prophesied that if I had an alcoholic mind, the time and place would come I would drink again. They had said that though I did raise a defense, it would one day give way before some trivial reason for having a drink. Well, just that did happen and more, for what I had learned of alcoholism did not occur to me at all. I knew from that moment that I had an alcoholic mind. I saw that will power and self- knowledge would not help in those strange mental blank spots. I had never been able to understand people who said that a problem had them hopelessly defeated. I knew then. It was the crushing blow.”

“Once more: The alcoholic at certain times has no effective mental defense against the first drink. Except in a few rare cases, neither he nor any other human being can provide such a defense. His defense must come from a Higher Power.”

“We are unable at certain times to bring into our consciousness with sufficient forece the memory of the suffering and humiliation of even a week or a month ago.”

“The almost certain consequences that follow taking even a glass of beer do not crowd into the mind to deter us. If these thoughts do occur, they are hazy and readily supplanted with the old threadbare idea that this time we shall handle ourselves like other people. There is a complete failure of the kind of defense that keeps one from putting his hand on a hot stove.”

Are these strategies really effective? Have they proven effective for you? Let us know about your experiences and how you have over-come that “stinkin thinkin” obsession of the mind.