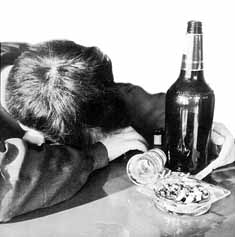 by Cliff B. TX

When Bill W. prepared the Forward to the Second Edition, he shared with us the success that he and the other recovered alcoholics had witnessed as the result of having the book “Alcoholics Anonymous” as the only guide for recovery within the Fellowship of Alcoholics Anonymous. What he wrote was, “Of alcoholics who came to AA and really tried, 50% got sober at once and remained that way; 25% sobered up after some relapses, and among the remainder, those who stayed on with AA showed improvement.” (AA, pg. xx.) On the average, 75% got sober and stayed sober and Dr Bob, Clarence S.and some of the others were realizing 90%+!

When carefully reading the Big Book (AA member’s fond nickname for this volume and which very few alcoholics ever do read let alone study) we learn that these alcoholics went to only one or two meetings a week. They did, however, spend a great deal of their spare time searching for sick alcoholics and sharing their experience with each other on where to find the sick ones and how to be more effective in trying to carry our message to the suffering ones. Of course, they had a message to carry. They had been blessed with a spiritual awakening/experience as the result of taking the Steps in the early days of their sobriety. In many cases, the alcoholic had taken the Steps and recovered before he/she ever attended an AA meeting. They report this fact in the Big Book. “Here are the Steps we took which are suggested as a program of recovery.” (AA, pg. 59) They did not say, “Here are the meetings we went to”, nor did they say, “Here are the Steps we discussed and/or talked about”. No, they said they TOOK the Steps and they further said, “Having had a spiritual awakening as the result of these steps, we try to carry this message to alcoholics, and to practice these principles in all our affairs”.(AA, pg. 60) They did not say, “Having had a spiritual awakening as the result of going to meetings”. No, they TOOK these Twelve Steps following a “course of vigorous action” (AA, pg. 63) by “precisely” (AA, pg. xiii), “specifically” (AA, pg. 20), “exactly” (AA, pg. 45) following the “clear-cut directions” (AA, pg. 29) the 1st One Hundred laid down for us in the Basic Text for our Society, “Alcoholics Anonymous”. (AA, pg. xi)

The founders of our Program recognized a basic truth about alcoholism, “We were unable, at certain times, to bring into our consciousness with sufficient force the memory of the suffering and humiliation of even a week or a month ago. We were without defense against the first drink.” (AA, pg. 24). Because of that truth, it was customary for a Sponsor to insist that the newcomer take the Steps before he/she went to meetings. They also recognized the absolute necessity of taking and living by our Steps as the key to emotional sobriety. They knew that living our Program was far more important than talking about our Program. Taking and living by our Twelve Steps was and is the Program.

Of historical interest in our area is the fact that the man who brought AA to Texas never went to a meeting before arriving in Houston. He was found near death in Cleveland by some of Clarence S.’s proteges. Clarence and Dr. Bob helped this man, Larry J., take the Steps while he was hospitalized. On his release from the hospital, they bought him a train ticket to Houston and sent him there for his health. He arrived in Houston with a copy of the Big Book and the experience of having taken the Steps. He found a job with a newspaper and after writing six articles about “Alcoholics Anonymous”, he followed the directions in Chapters & Eleven, “Working With Others” & “A Vision For You”. In a matter of days, he had several alcoholics seeking his help. AA in Texas was born.

Alcoholics Anonymous was brought to Dallas, TX by a lady named Ester who came to Dallas from Houston. She arrived with a copy of the Big Book and the willingness to search out suffering alcoholics. Like Larry J., she followed the directions in Chapters Seven & Eleven, of the Big Book, “Working With Others” & “A Vision For You”. Her story, “A FLOWER OF THE SOUTH” can be found in both the Second Edition (pgs. 343 – 354) and the Third Edition (pgs. 384 – 399).

Throughout the world, it has been repeatedly proven that one sober alcoholic, with a copy of the Big Book, can make a difference in the lives of innumerable alcoholics by following the clear-cut directions the 1st 100 laid down for us in our Basic Text. As Bill so well put it, “The spiritual life is not a theory. We have to live it”. (AA, pg. 83) And he further stated what we must do to live a spiritual life when he wrote, “For if an alcoholic failed to perfect and enlarge his spiritual life through work and self-sacrifice for others, he could not survive the certain trials and low spots ahead. If he did not work, he would surely drink again, and if he drank, he would surely die.” (AA, pgs.14-15) So, how well are we doing now with our advice to the newcomer to “just don’t drink and go to meetings” and/or “go to 90 meetings in 90 days”? Let’s take a look at what appears to be happening as is reported in one of our major cities in the Southwest (Houston).

A very disturbing observation from the 1998 statistics is that 592 medallions were purchased for AA’s celebrating 10 years of sobriety. The total number of folks taking “desire chips” in 1988 was in excess of 40,000. Did only about 1.5% apply our Program?

REMEMBER: We recover by the Steps we take, not the meetings we make!