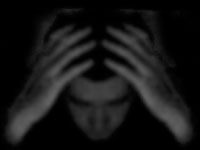 Beginners’ Meetings were held throughout the U.S. and Canada during a period of time when A.A. witnessed 50-75 percent recovery rates from alcoholism. Newcomers quickly learned “How It Works”. They had conversion experiences, discovered a new way of living without alcohol or drugs and carried this message of hope to others. After completing the steps, newcomers, to ensure their own sobriety, helped others through the Steps and led the Beginners’ Meetings.

What was originally conceived as a very simple program, which took a few hours to complete, evolved into a complicated and confusing undertaking requiring several months.

Ruth R., an old-timer in Miami Florida, who came into AA in 1953, gave some insight into the demise of the “Beginners’ Classes”. Ruth recalled that the classes were discontinued in the mid-1950s as the result of the publication of the book “Twelve Steps and Twelve Traditions” by Alcoholics Anonymous Publishing Inc. In the Miami area the “Twelve and Twelve” replaced both the “Big Book” and the “Little Red Book” and “Step Studies” replaced the “Beginners’ Classes”. In the process, the period for taking the Steps was expanded and modified from 4 weeks to somewhere in between 12 and 16 weeks. The Fourth Step inventory was modified and became a much more laborious and detailed procedure. What was originally conceived as a very simple program, which took a few hours to complete, evolved into a complicated and confusing undertaking requiring several months.

Bringing addicts / alcoholics into the group indiscriminately and without adequate preliminary training and information can be a source of considerable grief and a cause of great harm to the general moral of the group itself.

In the September 1945 issue of the Grapevine the Genesee Group in Rochester, NY explained their format for taking newcomers through the Steps. The title of the article was “Rochester Prepares Novices for Group Participation”. This is how they perceived the recovery process to operate most efficiently: “It has been our observation that bringing men [and woman] into the group indiscriminately and without adequate preliminary training and information can be a source of considerable grief and a cause of great harm to the general moral of the group itself. We feel that unless a man, after a course of instruction and an intelligent presentation of the case for the AA life, has accepted it without any reservation he should not be included in group membership. When the sponsors feel that a novice has a fair working knowledge of AA’s objectives and sufficient grasp of it’s fundamentals then he is brought to his first group meeting.

Have you ever participated in a Back to Basics Beginners’ Meeting format? What was your experience? Are you interested in starting a “Back-to-Basics” Beginners’ Meeting in your fellowship? Let us know, we’ll help you get started.

Download this PDF workbook that guides the newcomer through all 12 steps.