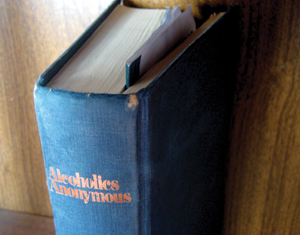 Having worked with alcoholics and addicts from all over the world, the reasons for relapse amongst those with sobriety time seems to always point to same conditions–they stopped working their program. This blog is a synopsis of their stories.

I got sober and clean working the Twelve Steps and that was a miracle in my life, because for years the only thing on my mind, morning, noon and night, was how do I get high, stay high and get higher. The desire to drink or use drugs was gone. Life was great. Family relationships improved. I started working again and I even made a little money. Then I went on cruise control. I got cocky and complacent. My program began to waver.

Next to go was Step Eleven. First, I stopped meditating (listening to God) and eventually I also stopped praying to God (talking to God). My conscious contact with God diminished. What used to be an intuitive direction became muddle confusion.

Next, Step Ten ceased to be part of my daily routine. Why bother with the minutia of daily life. I stopped watching for selfishness, dishonesty, resentment and fear. I stopped asking God for guidance. I stopped discussing my shortcomings with others. I didn’t bother to clean up my mistakes or make amends for my wrongdoings nor did I bother to turn my thoughts to someone I could help.

When I quit working my daily program of action, my spiritual fitness began to wane. I no longer had a burning desire to clean up my past and set matters right. I discarded my Step Eight list of people I had harmed and ceased to make any further direct amends as suggested in Step Nine. Guilt, shame and remorse over the things I had done in the past began to creep back into my thoughts disturbing my peace of mind and serenity.

When I gave up prayer and meditation, Step Seven ceased being a part of my evening prayer and meditation. I no longer asked God to remove my defects of character nor did I ask God to give me strength to be honest, pure, unselfish and loving. With that, I ceased doing Step Six. I failed to see the futility and the fatality of my character defects and their terrible destructiveness. My shortcomings were no longer objectionable and became unwilling to let them go.

I no longer did confessed my shortcomings with others (Step Five) because I also stopped taking a fearless and moral inventory of myself (Step Four). Resentments, fears, and harms to others began to pile up and I once again became blocked from the sunlight of the spirit.

Next, I stopped doing my Step Three Morning Prayer and meditation. I no longer turned my will and my life over to God. I had better ideas. A hundred forms of fear, self-delusion, self-seeking and self-pity drove me to selfishness and self-centered behaviours. I gave up searching for the great reality deep down within me. I became unwilling to believe in a Power Greater than myself. I lost my Step Two and lack of power became my dilemma once more.

Without power, I had no defence against the first drink or drug. My sound reasoning failed to hold me in check. The insane idea won out. All had gone well for time and relapse was unthinkable, but I failed to enlarge my spiritual life and to my consternation, I found myself drunk and high in a very short time. I was once again powerless over alcohol and all mind altering substances and my life had become unmanageable. I was back to Step One.

Recovery is not a short sprint…it’s a marathon for life!

It has been my experience of working with hundreds of alcoholics and addicts around the world is that most untreated alcoholics/addicts will fail because “half measures avail us nothing”. Easier softer ways often prevail and many are baffled as to why they relapse. Ultimately, if they be alcoholics or addicts of the hopeless variety, it’s because they do not thoroughly follow our program of action.

2 thoughts on “Relapse was unthinkable…How did it happened?”