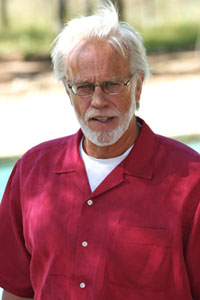 20 thoughts on “The Passing of a Giant — Mark Houston”